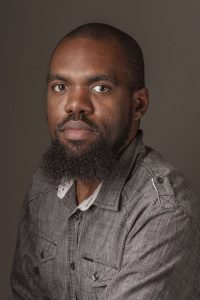 Christopher “Soul” Eubanks is a climate, human, and animal rights activist that was raised in Atlanta, Ga and has dedicated himself to doing advocacy work that combats all forms of oppression. After close to a decade of working in corporate America Christopher decided to leave his job and pursue a path of personal growth and self-discovery. During this time, he began he to use his creativity to create film, photography, and art as ways to bring awareness to social issues. 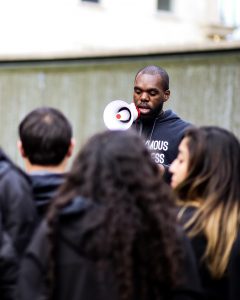 After learning the horrors of animal exploitation Christopher became vegan and began doing community organizing and helped to co-organize Atlanta’s first-ever animal rights march. He helps to organize activist based events monthly that range from slaughterhouse protests, donating vegan meals to those in need, vegan outreach, vegan chalk nights, and much more. To see more of his activism you can visit his website at Souleubanks.com to see his youtube channel, sanctuary photography, and follow his activism. Christopher plans to use education, public speaking, and creativity as tools to advocate for the climate, a vegan lifestyle, and the end of oppression for all beings.